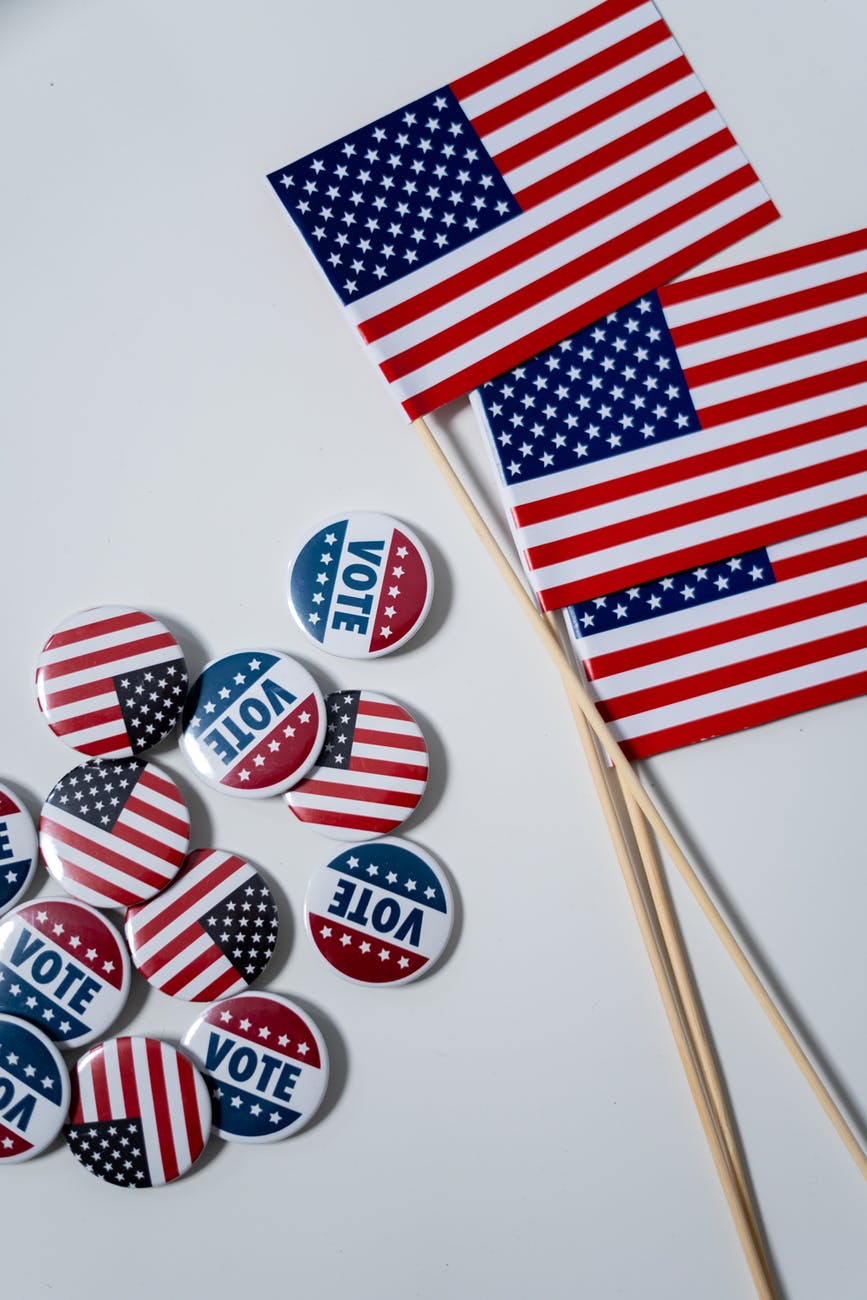 Four years ago, our country found itself in the unenviable position of choosing between two people for leadership of the nation.  One represented a political party which stood against everything the Scripture teaches.  The other, while certainly not perfect, at least acknowledged God and promoted the values He espoused when dealing with issues of morality.

Given those two options, the choice for Christians or anyone who wanted to live a decent, peaceful life should have been obvious.  Unfortunately, the person who emerged as the candidate for the second party had no political or public service experience and was known for some past immoral and unethical behavior.  While his personal record was no worse than that of the other candidate, many Christians found it difficult to support his candidacy and determined that they could not vote for him.  They wouldn’t vote for the other candidate, but they couldn’t support him either.

I submitted a post to Facebook at that time giving my take on the dilemma.  As Facebook occasionally does, it recently brought up that post by way of remembrance.  I thought the idea expressed was worth sharing again, so I’m posting it here.

Please note, when the following was written, Donald Trump was known only by his television show and reports on his personal activities and failures found in newspapers and tabloids.  I’ll update that information in a moment.  I have also corrected a single typographical error.

Something to consider:
During WWII there were many men who did not want to go to war.  They absolutely abhorred the thought of killing another person, even the enemy.  Some went so far as to ask to be conscientious objectors and were given jobs as non-combat medics.  Others took their weapons and did their duty as good soldiers.  Certainly their actions were justified from a moral and ethical standpoint, but that didn’t make what they did any less destructive to their mental and psychological well-being.  Even though they didn’t want to do it, they knew it was the only way to get rid of the evil that had begun to overrun the world.  And we should never forget that what they did also protected our way of life and the privilege we have to vote in the upcoming election.
I will not compare voting to the sacrifices they made, but in both cases, the choices that had/have to be made were/are not pleasant.  It seems to me if a man can submit himself to have to kill another in order to stop evil from spreading, I don’t see how I can refuse to vote for someone, even someone as despicable, arrogant, narcissistic, and lost as Trump, if doing so will keep the evil associated with Clinton from coming to power.
My faith is not in anyone running in this election, it is in Christ alone.  He is the only savior for this country, and we won’t survive as a nation without His intervention.  I know that God will still be on His throne regardless of who wins the election, but God has always been on His throne, including during WWII.  The thing is, He expected Godly men to stand up against that evil and do what they could to stop it, with His help, even something as nasty as war.  Are we willing to do the same?

I believe you can judge a person’s character by looking at his past.  It will give you an idea of how he would make decisions in the present and future.  However, I also believe a person can change, especially with the help of Almighty God, and if his current decisions reflect that change, he should be judged on them rather than his past.

Many of the problems and issues people have regarding Donald Trump are based on his life before becoming president.  However, during the past four years, he has made decisions, taken actions, and conducted himself far differently than before.  To refer to him now as he was then is neither fair nor logical and doesn’t reflect reality.  I personally believe he has shown himself to be a capable leader who is open to what the people of this country want and need, and has done his best to keep his word regardless of the consequences.  Something I’ve never seen in a president in my lifetime.

I know I’ve taken a long way to get here, but my point in this post is not so much who or what party someone should vote for, but their duty to decide and vote.

Jesus was asked if it was lawful for the Jewish people to pay taxes to Caesar, the leader of the Roman Empire who was in control of the government at that time.  Jesus asked to see a piece of currency then asked the people whose picture and inscription was on it.  They replied it was Caesar’s.  Jesus said they needed to give to Caesar what belonged to Caesar and to God what belonged to God.  In other words, duty to one does not negate the duty due to another.

Certainly, our actions should always reflect God’s righteousness.  Our duty and actions to any other authority must not violate His ways.  But the Scripture tells us that He has ordained the authorities and powers, so we should obey them as long as they don’t contradict His law.

In America we have the right and privilege to choose our leaders by voting.  Many people have sacrificed much including their lives to give us those rights.

How can we refuse to do our duty when so many others risked life and limb to do theirs?

There will never be a perfect candidate, even if it were you.  So don’t expect to be given perfect choices.

Look at the principles and actions of those who wish to lead our country.  Decide which of those align with your own and especially those set forth by God.

Then do your duty and vote.

Thanks for stopping by! Please feel free to comment and let me know what you think!

Thank you for Sharing!:

2 thoughts on “Render Unto Caesar”